What You’ll Discover in These 14 Sessions

Each teaching, contemplation and training session will build harmoniously upon the next, so that you’ll develop a complete, holistic understanding of the practices, tools and principles you’ll need to build a powerful practice of evolutionary prayer and deepen your understanding of the profound beauty and transformative potential hidden within the daily practice of prayer. 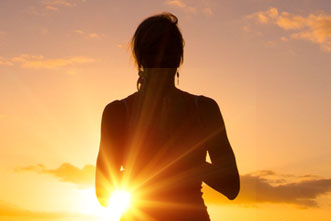 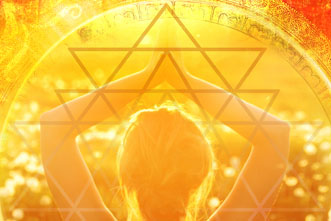 Module 3: The Prayer of Centering 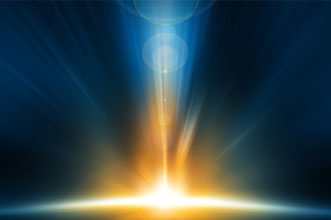 Module 4: The Prayer of Adoration
and Surrender 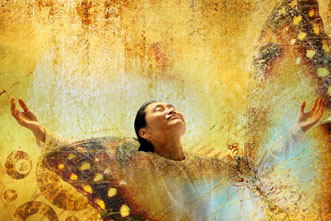 Module 5: The Prayer of Divine Protection 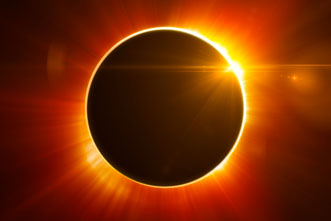 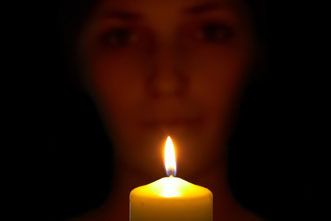 Module 7: Abiding in the Prayer of
Sacred Silence 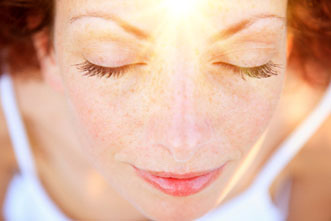 Module 8: Taking the Next
Evolutionary Leap 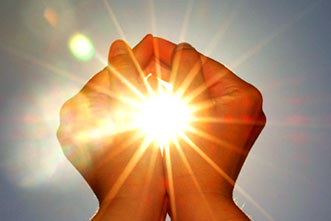 Andrew believes we are on a precipice as a planet, choosing between a dark descent into ever-more destructive cycles of greed, or into a more luminous future in which we create a wholly new level of divine embodiment. As we do this, we can become catalysts for the creation of a generous, just and caring world. To make this leap, we need to release our addiction to transcendence, and open to the kind of radical, divine embodiment that will suffuse the heart, mind and being with greater intelligence. This is what many think of as the “Christed Self.”

Module 9: Waking Up the Divine Body 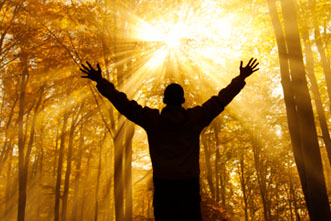 In this module, you will learn the advanced 7-part “Body Prayer” derived from major mystical traditions and yoga. It offers you simple positions that enact the whole path of embodiment – reaching up first to transcendence, then being consciously resurrected in the light, and finally, going out into the world as an emissary of that new evolutionary truth. Repetition of this body prayer forges you as a being who is able to stand in your center and peacefully transform the world. 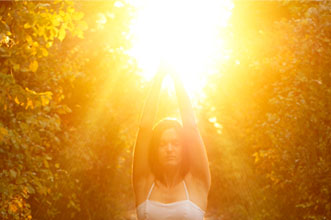 In this module, we will focus on the esoteric science of activating Shakti in your cells – the “Mother Force” – in a way that leads to the growing of what mystics call your “Golden Body.” This body represents a higher expression of your normal physical body, and advanced prayer practices will literally baptize you into this body.You will:

Module 11: Preparing the Marriage Bed in the Heart 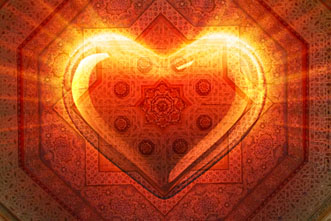 This module will focus on the centrality of the heart in your journey into divine embodiment. The real sacred alchemy can only truly be accomplished through an open, ecstatic and illumined heart. It is where transcendence and immanence meet – the place where the dance of opposites becomes harmonious.

Module 12: Opening the Ecstatic Golden Sun in the Heart 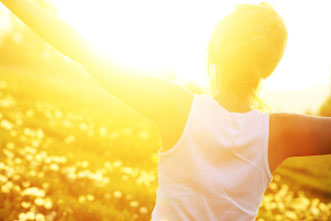 This module will take you deeper into the mysteries of the heart’s spiritual capacities – specifically opening a higher “Golden Sun” that is connected to ecstatic union with God, as well as the Golden Body of Module 3. You will undertake practices derived from Hindu Tantric practice that aim to awaken your heart as an immense sun with boundless capacity to shoot out rays of power in all directions. 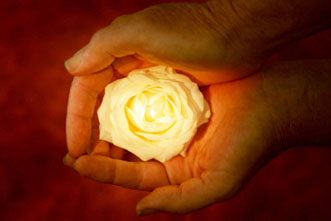 This module prepares you to focus, funnel and embody your loving compassion as a sacred activist – particularly focusing on the Tibetan practice of Tonglen, in which you use your heart to compassionately transmute negative, dark and destructive energies. The force of unbound compassion is, according to Andrew, the strongest force in the universe. As you integrate this force in a deeper way, you will become wiser, calmer and steadier – more awake to the powers given to the divine human for working directly in partnership with God in addressing very dangerous realities.

This final module will ground you in the core practices necessary to become a resilient sacred activist – able to transform the inevitable heartbreaks that occur on the path of compassionate action.

The “Igniting the Flame of Prayer” Bonus Collection

In addition to Andrew Harvey’s transformative 14-module course, you’ll also receive these powerful training sessions with Andrew and some the world’s leading visionaries and teachers. These bonus sessions will complement the course, deepening your understanding and practices. 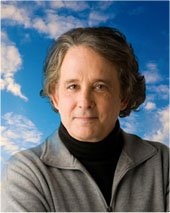 Taken from Andrew’s 14 modules of teaching these powerful prayer principles and practices last year, these Q&A sessions will give you access to some of Andrew’s most spontaneous exchanges and enlightened teachings. As he engages directly with the students most important explorations, he will help to deepen your learning and embodiment and synthesize it all in a truly powerful and deeply heartfelt manner.

Light the Flame: 365 Days of Prayer
E-book from Andrew Harvey 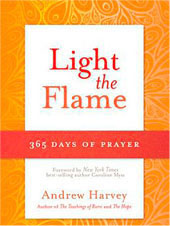 The act of prayer has been recognized – by sages and skeptics alike – as a powerful way to enact positive physical, spiritual and emotional change. Prayer has the power to take us beyond the rational mind, opening our hearts and engaging our souls. It brings us peace and health. Its aim is to uplift our spirits and bring us closer to the Divine.

In Light the Flame, Andrew has gathered the 365 prayers that have most influenced his life, offering us a daily reminder of the sacred. Drawing insights from around the world, across religions and an array of disciplines, Andrew provides inspiration from great spiritual minds like Rumi and Andrew Merton, activists like César Chávez and Mother Teresa, and philosophers like Nietzsche and Voltaire – plus he includes some of his own works. With themes that range from love and loss to unity and transformation, this luminous book will capture your imagination and nourish your soul. 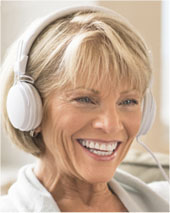 Andrew has selected some of the especially moving prayers from his book, Light the Flame, for a private reading set to beautiful ambient music that truly enhances the experience of these beautiful passages. For fans of the book, this is a wonderful supplement and this is also a wonderful and convenient way to experience some of the most moving poetry of alltime. 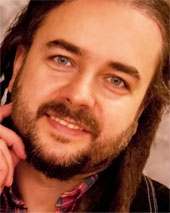 In this special session, Andrew is joined by his friend and spiritual activist, Adam Bucko. Adam’s work impacts many homeless youth in New York and he is at the forefront of the growing sacred activism movement along with Andrew. These two respected leaders will discuss how the role of prayer in activism can truly change the world.

Adam Bucko is an activist, spiritual director to many of New York City’s homeless youth and co-author of Occupy Spirituality: A Radical Vision for a New Generation. He grew up in Poland during the totalitarian regime and spent his early years exploring the anarchist youth movement as a force for social and political change. At the age of 17, Adam immigrated to America where his desire to find his path towards a meaningful life led him to monasteries in the US and India. His life-defining experience took place in India, where on his way to a Himalayan hermitage, he met a homeless child who lived on the streets of Delhi. This brief encounter led him to the “Ashram of the Poor,” where he began his work with homeless youth. After returning to the US, he worked on the streets of various American cities with young people struggling against homelessness and prostitution. He eventually co-founded The Reciprocity Foundation, an award-winning nonprofit dedicated to transforming the lives of New York City’s homeless youth.

Get Download Andrew Harvey – Igniting the Flame of Prayer